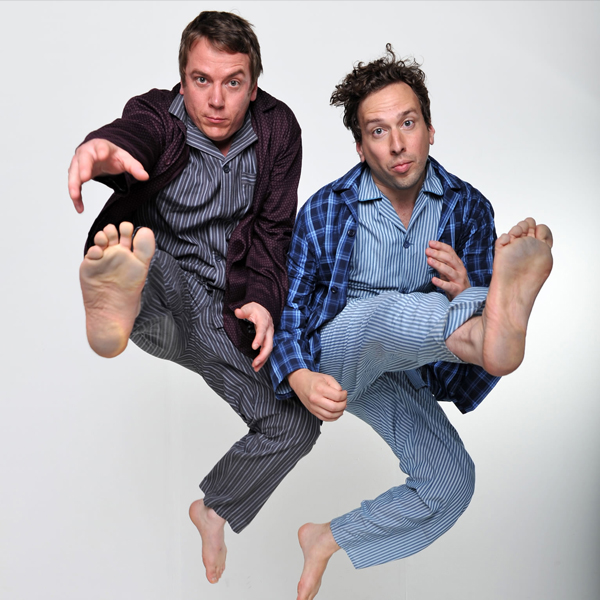 Critically acclaimed as one of the funniest and most original comedy performers of their generation, the Pajama Men are amongst the most popular double acts around with sell out runs in London, Edinburgh, Melbourne, Vancouver, New York and a host of other cities to their name as well as numerous awards and accolades in their trophy cabinet.

Meeting in high school in Albuquerque, New Mexico, in 1993, Mark Chavez and Shenoah Allen cut their teeth doing improvisation and sketch comedy in a storefront theatre.

They hold the box office record at Soho Theatre as the biggest selling show in its history.